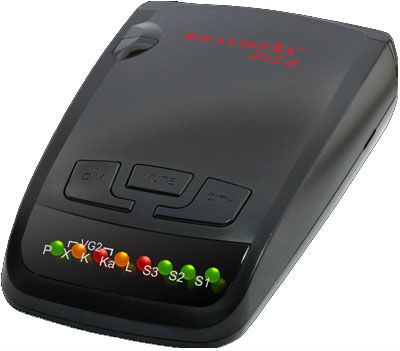 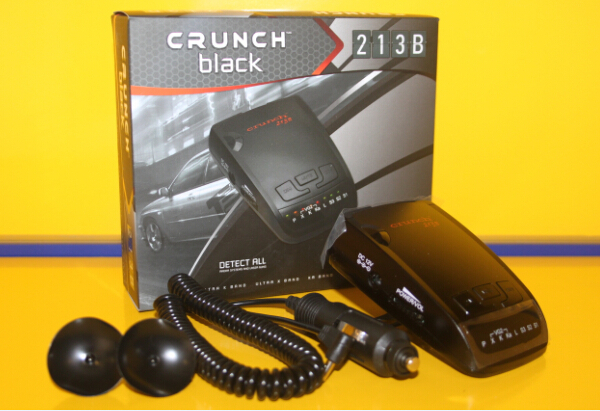 You have acquired the CRUNCH 213B, the newest radar/laser detector.

The CRUNCH 213B incorporates the advanced new antenna technology and extremely low power-consuming circuitry to ensure top-class performance. The CRUNCH 213B is a complete integrated laser/radar detector, which detects all police radar guns, including Ultra-X and Ultra-K pulse mode radars, as well as laser guns.

Besides, CRUNCH 213B is able to detect signals of VG-2 (devices detecting radar-detectors) and has three modes of sensitivity (City mode).

The CRUNCH 213B provides distinct visual and audio alerts to warn you of the presence of X-, K-, Ka- band and VG2 radar signals as well as laser signals in front of you for 360º round.

You can drive with confidence when you bring along the CRUNCH 213B.

Note: Some local regions and federal regulations may prohibit the use of detection device. Please check with authorities regarding the use of this device in your area before operating it.

Your CRUNCH 213B package includes the following components:

Turns the detector on/off and controls the volume level.

Dim Mode reduces the illumination of the display. You can adjust the brightness

of the display. There are three variants of brightness, choose which you prefer:

order to prevent eyes weariness) as well as in daytime (when itâ€™s necessary to increase the brightness).

The CRUNCH 213B detector has laser detection lens with detection angle of 360.

Receive the laser signal from the rear by traffic lasers.

Power-On Indicator â€˜Pâ€™ lights to indicate power is being supplied to the detector and the detector is turned on.

X-band Signal Indicator â€˜Xâ€™ lights and blinks to indicate the presence of an X-band radar signal. The blink rate increases as the radar source gets closer. A distinct audio alert is also heard.

K-band and Superwide Ka-Band Signal Indicator â€˜K/Kaâ€™ lights and blinks to indicate the presence of a K- band or Ka- band radar signal. The blink rate increases as the radar source gets closer. A distinct audio alert is also heard.

Laser Signal Indicator â€™Lâ€™ lights and blinks to indicate the presence of a laser signal. A distinct audio alert is also heard.

City Mode Indicator S1, S2 or S3 lights to indicate when you selected City Mode by 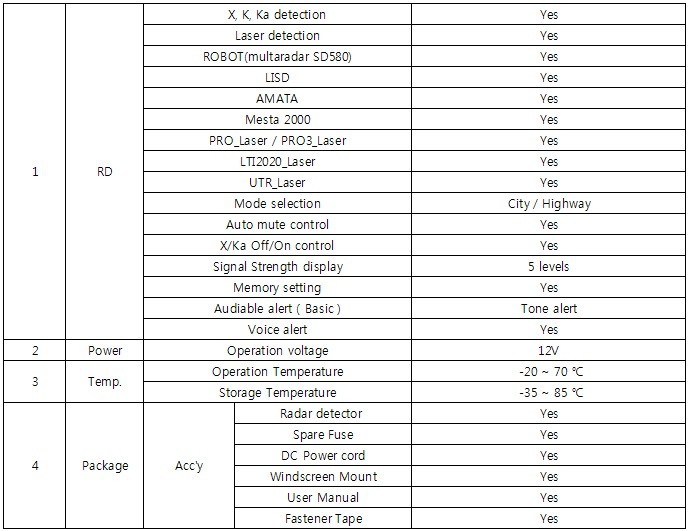 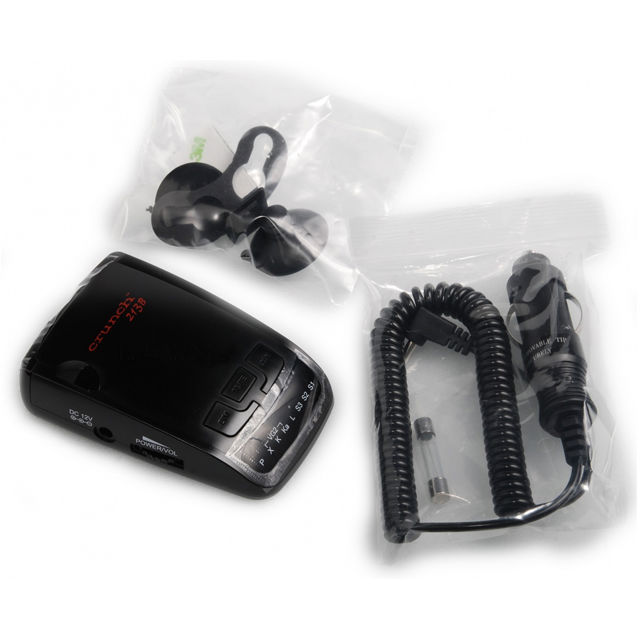 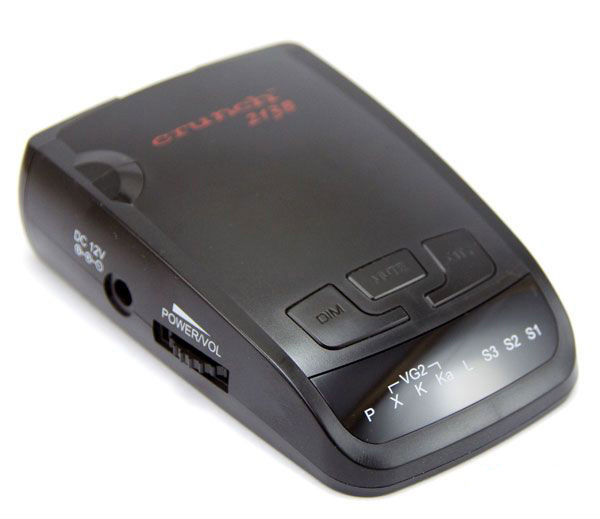 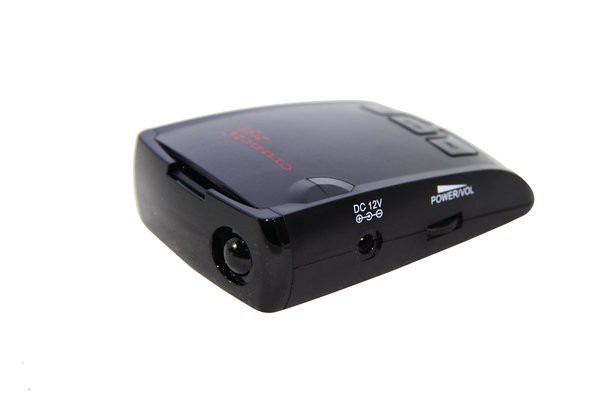 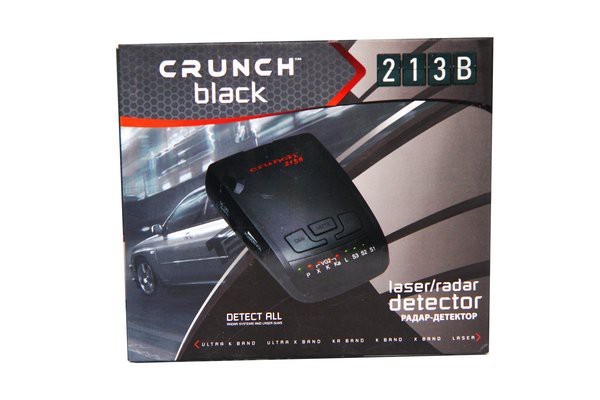 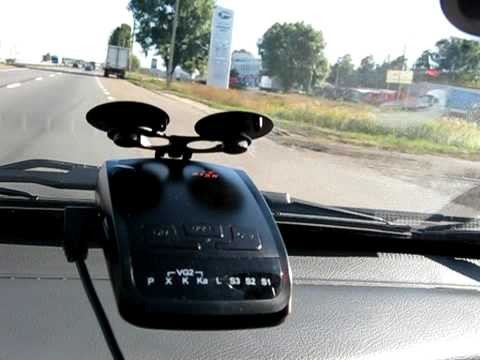 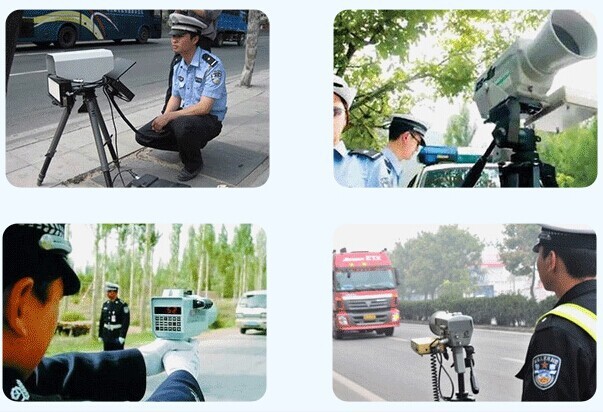 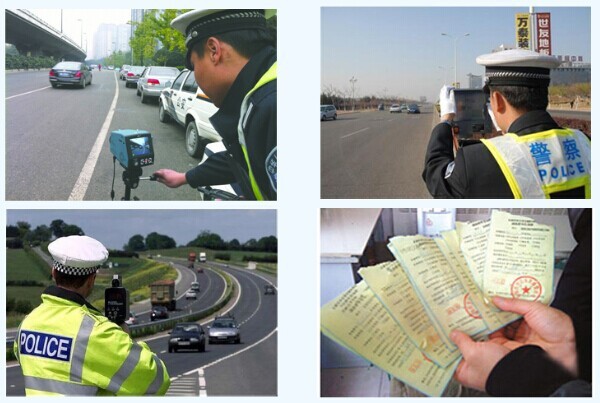 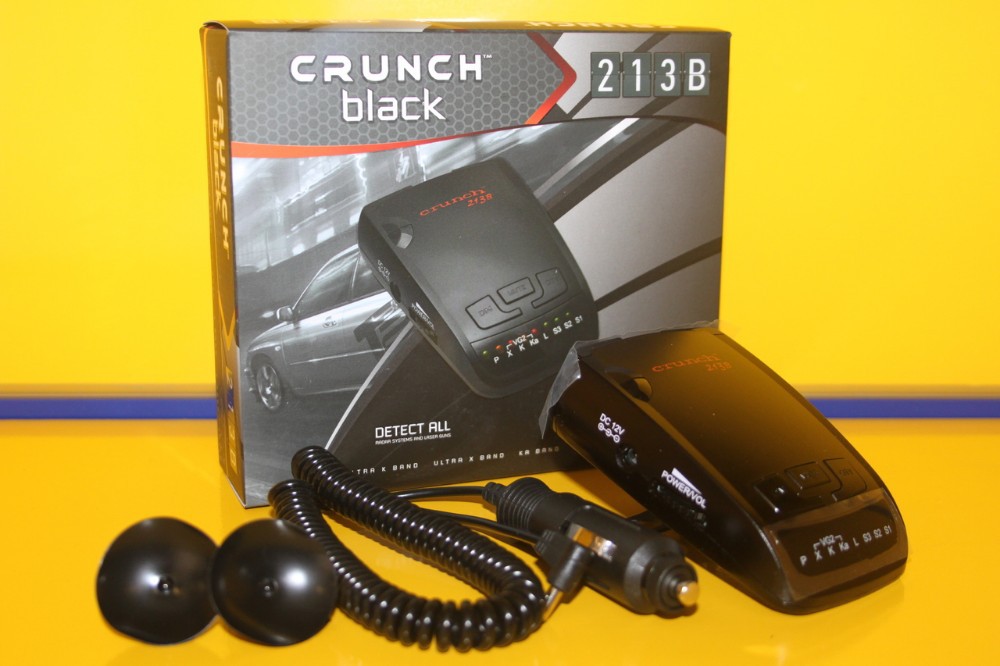 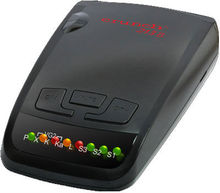 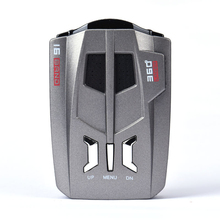 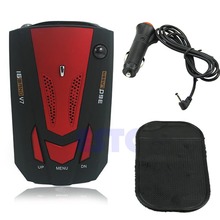 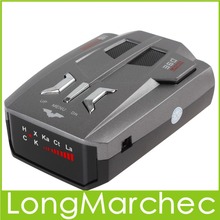 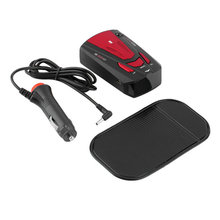